​Chelsea,​Tottenhamand​West Hamare all keen on signingSalomón Rondónthis summer, as they each look to bolster their attacking options ahead of next season.

The ​West Brom striker is among a number of players expected to head for the exit door at the Hawthorns following the Baggies relegation, with Jonny Evans and James McClean also being tipped to leave the club in recent days.

According to The Mirror, Rondon has a relegation release clause written into his Baggies contract that allows him to depart the club for only £16m this summer – something that has attracted the three London based ​Premier League clubs. 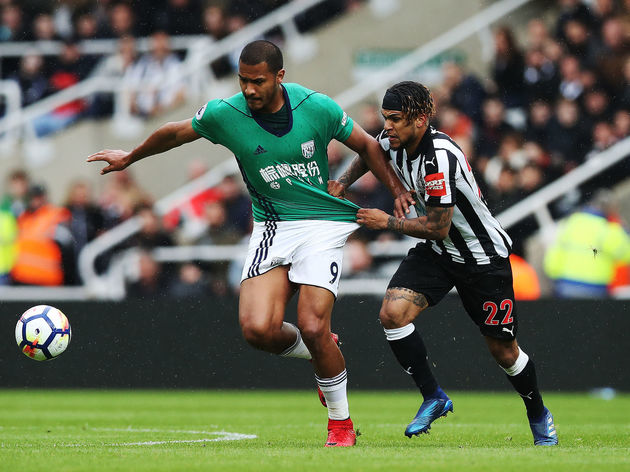 Tottenham are said to be keen on Rondon as they continue to look for a striker capable of competing with Harry Kane. Vincent Janssen and Fernando Llorente have both failed to demonstrate the required qualities toback up the England captain, with Spurs hoping that the Venezuelan striker might prove third time lucky.

As for West Ham, Manuel Pellegrini looks eager to strengthen his new side ahead of the new campaign, with a complete squadoverhaul expected. Andy Carroll and Javier Hernandez’s under performance last season could see Rondon drafted in to compete with midfielder turned forwardMarko Arnautović for a starting berth at the London Stadium.

And finally, despiteChelsea’s managerial situation remaining unclear, the Blues remain interested in signing a strikerto replace Michy Batshuayi and Alvaro Morata, both of whom are tipped to leave Stamford Bridge this summer.